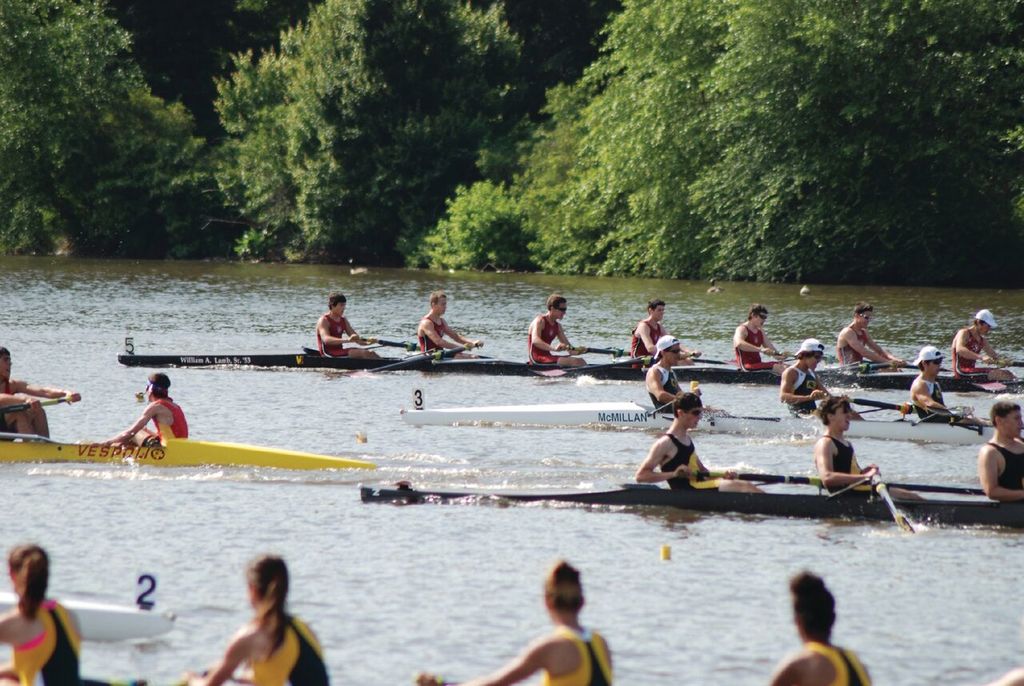 The Chicago Rowing Foundation will offer a rowing program open to both boys and girls for the 2017-18 school-year.

For athletes in the Western Suburbs, rowing occupies a unique place. Many are familiar with its physical rigors, having spent time on indoor stationary rowers. Others have second-hand knowledge obtained from the best-selling book, Boys in the Boat. Some believe rowing’ s domain is isolated on Ivy League campuses; few have had the opportunity to try it. Starting in August 2017, students in Hinsdale and its environs will have a first -time opportunity to learn to row.

The Chicago Rowing Foundation (CRF) will offer a “ Learn to Row” program for high-school students on the Des Plaines River from July 31 to Aug. 4.

During the weeklong summer program, 30 students will have the opportunity to learn the stroke work, balance, rhythm, teamwork and conditioning critical to rowing.

When the 2017-18 school-year commences, CRF will offer a comprehensive, competitive high-school rowing program open to both boys and girls.

CRF boasts nationally-ranked high-school and “ masters” programs, operating out of one of the premier facilities in the Midwest: the WMS Boathouse on the banks of the Chicago River.

The opportunities CRF creates for its student athletes extend beyond the race course; its graduates are recruited by highly-selective colleges and universities, including Brown, Cal-Berkley, Princeton, Dartmouth and Stanford.

CRF’ s Learn to Row program as well as its high-school team will use the dock and storage space of the newly-created Hinsdale Community Rowing Club, founded by Amy and Steve Louis and Gerald and Marion Jablonski.

The two couples developed a deep interest in rowing while watching their children compete throughout high school and college.

Their shared desire to incorporate rowing into their personal fitness regimens, and their passion for opening rowing to others, sparked the creation of Hinsdale Community Rowing.

In a single season, the club has grown to a membership of 37.

Ranging in experience from novice to elite, members travel from Oak Park, Western Springs and Rosemont to take advantage of the water and equipment.